A panel of processing executives on Thursday sought to shake an audience of merchant-sales representatives out of traditional ways of thinking about critical matters ranging from pricing to new technology.

In some cases, years-old tactics came under attack. “How many of you are giving a free terminal away and competing on price?” asked Terry Wilson, senior vice president and general manager at First Data Corp. “If you’re doing that, you’re the walking dead.” 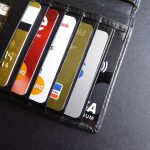 Instead, independent sales organizations should focus on selling new technology that can streamline payments and other operations for merchants. Devices and software that make business easier, he said, will sell and will also cement the relationship between merchant and ISO in ways that can pay off over the long term. That’s because the technology can solve difficult problems for merchants.

An example is the sales tax, which Wilson said most small merchants dread calculating and tracking. “You should have a sales-tax app so the business owner never has to track that again,” Wilson said.

The panelists acknowledged ISOs may resist shifting to a solutions-based business after years of following the free-terminal strategy, but they said there’s little choice now that the technology is readily available. “You the ISO are going to have to take those non-traditional, disruptive solutions and sell them,” said Jason Rupert, senior vice president at Vantiv Inc. The panel was held last week at the Western States Acquiring Association’s annual meeting in Rancho Mirage, Calif.

Indeed, Wilson warned that ISOs will soon have no other significant source of income. “The day is coming quickly when the fee for processing will have to be given away,” he said. “You’ll have to make your money on solutions.”

And when it comes to pricing, Robert O. Carr, chief executive and founder of Beyond, a processing startup, cautioned the audience to play it straight. “More important than technology is how you treat your merchants,” he said. “It’s the secret of success.”

Carr contended many merchants don’t examine their monthly statements, leaving the door open to “lock the customer into a contract they don’t look at.” The ISO is then tempted to keep raising fees, Carr said, taking advantage of that price insensitivity. He likened the trend to a drug addiction. “It’s the cocaine problem,” he said. But he also warned it’s a short-term fix. “It’s not going to work forever,” he added.

But Carr also blamed investors who put pressure on ISO operations to boost their returns. “We have a lot of private-equity firms that have somehow made it a sin to make only 20 or 25 basis points in operating margin,” he observed.